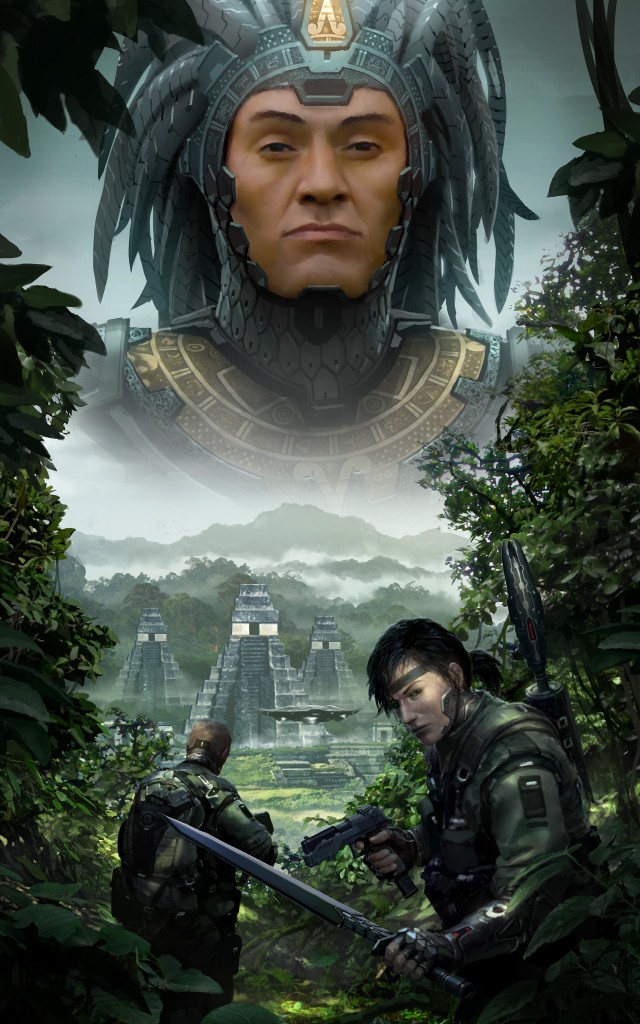 Bless me for I have sinned.  It has been too long since my last post.  (Over three months!)

The reason?  Mainly, I’ve been head down, nose to the grindstone, working on Age Of Aztec.  It’s nearly finished now.  I’m in the final straight.  A denouement beckons.  “The End” is nigh.

So there hasn’t been much news to write about.  The 2,000-word-a-day grind is boring to the outsider.  It’s pretty boring to the writer, to be honest, sometimes.  But anyway, here, at last, is something to shout about.  You’ve probably already spotted it — the big picture sitting to the right of this text.  You’ve probably already figured out what it is.  If the post title isn’t a massive enough clue, there’s always the fact that it’s unmistakably the work of Mr Marek Okoń, artist extraordinaire, who of course has done all the covers for the Pantheon series so far.  Yes, it’s the cover image for Age Of Aztec.  Complete with flying saucer!  (Marek wasn’t sure he could fit one in.  I had to get down on my knees and beg for the flying saucer to be included.  It’s not a pretty sight, me begging, and I’m not proud, but I did it.)

Yet again, Marek has performed wonders, turning my somewhat scrambled briefing notes into a cohesive, comprehensive and above all cool image.  I can’t add much more, except to say that I’m even more excited about this book than I was.

And while we’re talking cool covers, here’s one for Gutshot, by Caniglia.  This isn’t the finalised image but it looks great as it is, I think you’ll agree. 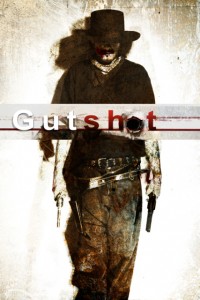 The book is a Western anthology, as you may recall, edited by Conrad Williams, and with a story by me in it.  There’s every chance it may be out by the end of the year, courtesy of PS Publishing.

Finally, if you’re at all a comics fan, then you might be interested to know that I’ve become a regular contributor to Comic Heroes, a bimonthly magazine published by the same fine people responsible for SFX.  Issue #7 is available in the shops now, and I have two longer pieces in it plus a handful of short reviews.  I can’t tell you how much fun it is writing about comics and getting paid for it, and I’m grateful to editor Jes Bickham for giving me the opportunity to do so.