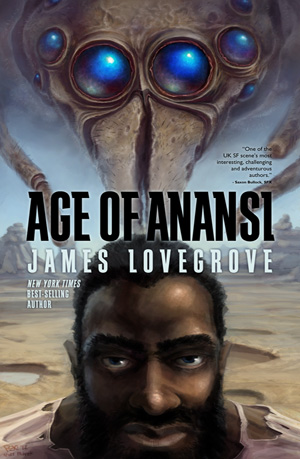 Dion Yeboah leads an orderly life… until the day the spider appears. What this ordinary-looking arachnid turns out to be Anansi, the trickster god of African legend, and its arrival throws Dion’s life into chaos.

Lawyer Dion’s already impressive legal brain is sharpened. He becomes nimbler-witted and more ruthless than never before, both in and out of court. Then he discovers the price he has to pay for these newfound skills. He must travel to America and take part in a contest between the avatars of all the trickster gods. In a life-or-death battle of wits, at the end only one person will be left standing…