Book Seven of the Pantheon Series 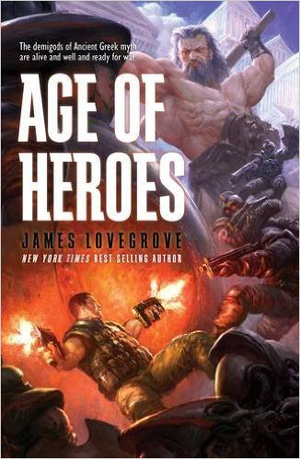 The demigods of ancient myth are alive, well, and ready for war.

Except the demigods of Ancient Greek myth are alive and, well… dying. Heracles, Perseus, Theseus, Orpheus, Achilles, Hippolyta, Aeneas, King Minos, Helen of Troy – for centuries they have survived on Earth, doing their best to fit in among ordinary humans.

The offspring of liaisons between god and mortal, they are blessed, or perhaps cursed, with eternal life. They cannot be killed. But someone has figured out how to do just that. One by one, the demigods are meeting gory, violent ends.

Now it’s up to Theseus, comfortably ensconced in New York and making his living as a crime fiction writer, to investigate the deaths. His search for the culprit draws him back into the lives of his extended family of cousins and half-siblings, and into a world of tragedy and long-held grudges that he thought, and hoped, he’d put behind him.