Book Six of the Pantheon Series 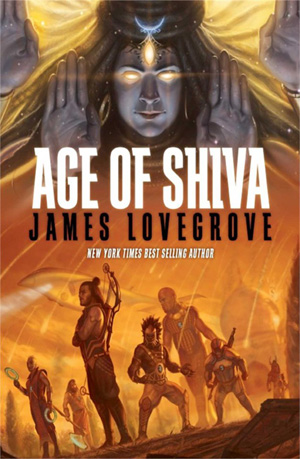 Zachary Bramwell, better known as the comics artist Zak Zap, is pushing forty and wondering why his life isn’t as exciting as the lives of the superheroes he draws.

Then he’s shanghaied by black-suited goons and flown to Mount Meru, a vast complex built atop an island in the Maldives. There, Zak meets a trio of billionaire businessmen who put him to work designing costumes for a team of godlike super-powered beings based on the ten avatars of Vishnu from Hindu mythology.

The Ten Avatars battle demons and aliens and seem to be the saviours of a world teetering on collapse. But their presence is itself a harbinger of apocalypse. The Vedic “fourth age” of civilisation, Kali Yuga, is coming to an end, and Zak has a ringside seat for the final, all-out war that threatens the destruction of Earth.