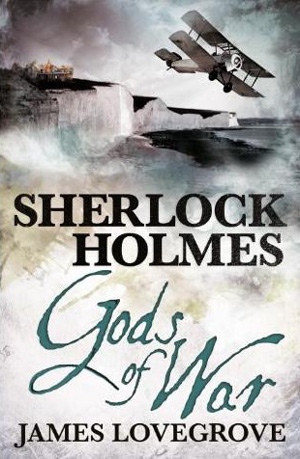 It is 1913, and Dr Watson is visiting Sherlock Holmes at his retirement cottage near Eastbourne when tragedy strikes: the body of a young man, Patrick Mallinson, is found under the cliffs of Beachy Head.

The dead man’s father, a wealthy businessman, engages Holmes to prove that his son committed suicide, the result of a failed love affair with an older woman. Yet the woman in question insists that there is more to Patrick’s death. She has seen mysterious symbols drawn on his body, and fears that he was under the influence of a malevolent cult.

When an attempt is made on Watson’s life, it seems that she may be proved right. The threat of war hangs over England, and there is no telling what sinister forces are at work…