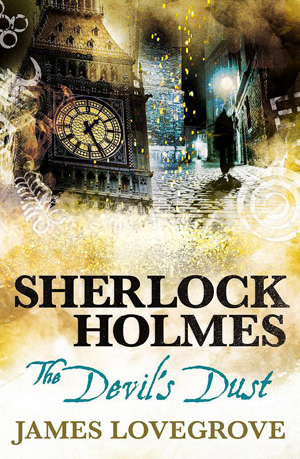 London, 1883. Mrs Hudson begs Holmes and Watson to help her friend, a fellow landlady whose lodger has been found poisoned. The police suspect the landlady of murder, but Mrs Hudson insists that her friend is innocent.

Upon investigating, the companions discover that the lodger, a mining engineer recently returned from Africa, rented the room under a false name, and appears to have been on the run. His last act before his death was to scrawl ‘Devil’s Dust’ in his own blood.

What was he trying to convey, and what is the role of aged big game hunter Allan Quatermain, who visited the man just before his murder?