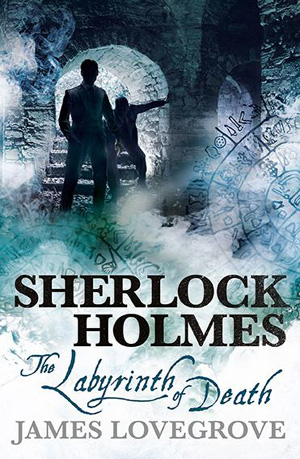 It is 1895, and Sherlock Holmes’s new client is a High Court judge, whose free-spirited daughter has disappeared without a trace.

Holmes and Watson discover that the missing woman – Hannah Woolfson – was herself on the trail of a missing person, her close friend Sophia. Sophia was recruited to a group known as the Elysians, a quasi-religious sect obsessed with Ancient Greek myths and rituals, run by the charismatic Sir Philip Buchanan.

Hannah has joined the Elysians under an assumed name, convinced that her friend has been murdered. Holmes agrees that she should continue as his agent within the secretive yet seemingly harmless cult, yet Watson is convinced Hannah is in terrible danger.

For Sir Philip has dreams of improving humanity through classical ideals, and at any cost…