Book One of the Dev Harmer Series 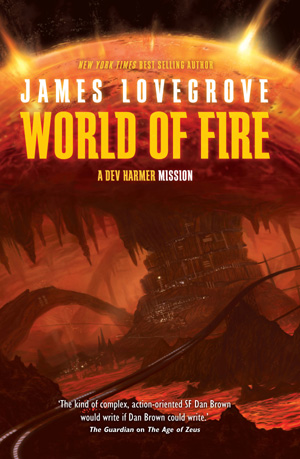 Meet Dev Harmer, don’t worry if you’re not too good with faces, Dev’s probably won’t be the same next time you see him. As an – albeit reluctant – ISS agent Dev is used to waking up in new forms, although his current cloned host body isn’t exactly what he’d have picked out for himself, and the world of Alighieri where it currently resides is unlikely to win any tourist awards soon.

Alighieri is an infernal world, so close to the sun that its surface is regularly heated to 1,000oͦC, enough to turn rock to lava and definitely not somewhere you’d want to get caught in daytime. Alighieri is also a valuable world, covered in precious helium-3 regolith deposits and unofficially run by the powerful mining corporations who extract it. However, with increasingly strong earthquakes ripping through the mining capital of Calder’s Edge, and rumour that the AI race of the Polis+ – man’s greatest galactic rivals – may be behind them, the industry of Alighieri is at risk.

Alongside tough, no-nonsense Chief of Police Captain Astrid Kahlo, Dev Harmer is all that stands in the way of the Polis+. But with his arrival stepping up the campaign of destruction being wrought on Alighieri, he’s certainly not making himself popular with the locals.