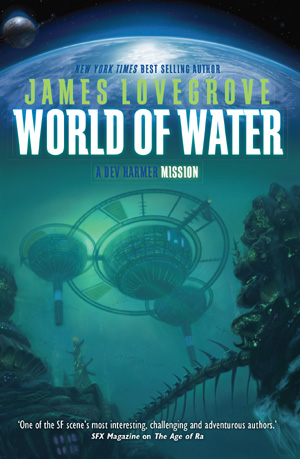 Here, settlements belonging to the Terran Diaspora have been coming under attack by members of the planet’s sub-aquatic indigenous race. ISS suspects the involvement of an agent provocateur working for humankind’s galactic rivals, the artificial intelligence civilisation known as Polis+.

As the violence escalates, Dev finds himself battling to restore order – but he has only seventy-two hours before his genetically engineered host form breaks down irreversibly. And all as an ancient god-beast rises from the depths to usher in an apocalypse…