Untied Kingdom was well and truly launched on the night of Thursday April 10th. The party was held downstairs at The Green Man pub on Euston Road, with red roses and complimentary copies strewn everywhere. The organising was done by Orion’s publicist par excellence Nicola Sinclair, to whom a big, heartfelt thanks, and as far as I’m aware everyone behaved themselves and no one got too horribly drunk. Which is a pity, but there you go. Certainly there was no repeat of my shameful performance at the launch of Days, where a surfeit of fortified bottled cider saw me behind the bar, merrily doling out drinks, and then having to be decanted into a taxi for my own and everyone else’s benefit. Ah, youth!

Everyone came who I wanted to come, with a few notable exceptions, all of whom tendered very good excuses for their absence, so I don’t mind. My editor, Simon Spanton, delivered a thoroughly blush-making speech. He prefaced it by saying that I was the most painful author to publish, which almost caused me to walk out, but explained that he meant painful in the sense of frustrating, because I don’t think of myself as being nearly as good as he says I really am. So that’s nice. I then got myself into trouble by referring to Miss Sinclair as “a horse of a girl”, but this is, I maintain, a compliment, in fact the highest compliment that can be paid. She took it as such, anyway.

Spookily enough, I learned today that the pub was once called The Albion. So what was once The Albion is now The Green Man. Anyone who’s read Untied Kingdom will see that that’s pretty much the plot of the novel in a nutshell. Weird!

Prior to the launch, I was in Manchester at the Deansgate branch of Waterstone’s, doing a signing and question-and-answer session in company with Roger Levy, Richard Morgan and Adam Roberts, stalwart fellows all. Before an audience of fifteen, there was much banter and badinage and altogether too many Dick jokes, but it was an enjoyable occasion, and burned onto my memory banks forever is the image of Dr Roberts doing a charade of his favourite SF novel, The War of the Worlds. All I can say is, thank God he used one of his arms as the third leg of the tripod and not anything else. Michael Rowley arranged the event, and it was great to see him again (his, surely, is the best-stocked SF section of any branch of any bookseller chain anywhere).

Reviews of the book have started appearing, and so far all have been very positive. Check out current issues of Dreamwatch, The Bookseller, Waterstone’s Books magazine and Locus, plus the websites Infinity Plus and scifidimensions. (The less said about the piece in SFX the better, but hey, you can’t have everything.) Birmingham’s Sunday Mercury also praised the novel, and there’s more to come, including a review by John Berlyne on sfrevu.com and one by Mark Greener in Vector. Accompanying the Dreamwatch review is a short interview with me, courtesy of Sharon Gosling, and there’s a longer interview, courtesy of the aforementioned Mr Greener, that is due to be published shortly in Matrix.

I know I’ve said this before, but it’s all going worryingly well. 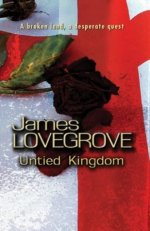 (The peaceful festivities of the town of Downbourne are shattered by the arrival of some very nasty interlopers.) END_OF_DOCUMENT_TOKEN_TO_BE_REPLACED