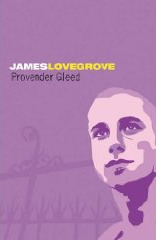 Publication day for Provender Gleed draws nigh, and I’ve received my author copies and they look lovely, as do the mass-market paperbacks of Worldstorm, also out soon. Credit for the redesign goes to Orion’s Lucie Stericker, who has laboured long and hard to come up with a series style that has a broad appeal without sacrificing genre sensibility. She has succeeded brilliantly, I feel, and I’m hoping that the backlist is going to receive a similar makeover soon. Noises from the direction of Gollancz editorial indicate that this is a strong possibility.

On the cultural front, I’m looking forward to listening to Goldfrapp’s new album, if I can just persuade Monty to loosen his stranglehold on the car stereo during journeys. About the only chance I get to listen to music these days is in the car, and Monty insists on his CDs being on continuous rotation, and I rarely get to drive anywhere without him in the back seat, so I’m building up a prodigious memory-store of nursery rhymes and folk songs but not enjoying much that’s new. It’s the same with DVDs. When Monty’s around I don’t get to watch anything except the ruddy Wiggles! (All-male foursome of Australian children’s entertainers. Sing songs. Do dance routines. Just about the gayest piece of kid TV I’ve ever seen.)

Speaking of DVDs, I have managed, at last, to track down a copy of the Vole Pogrom Collection. This has been on my to-buy list for ages. It brings together all of VP’s experimental short movies on one disc, including “Sunset Over Chocolate Bar”, “Homage To My Desk Stapler” and “Snap!”. The transfer isn’t too bad. The soundtrack gets a bit wobbly in places, but with Pogrom’s work one can never be sure whether that sort of thing isn’t deliberate. No extras, though. Even just a commentary would have been nice, but then the reclusive artiste’s reticence is renowned. Otherwise, the collection is everything I could have hoped it to be and I recommend it highly. Best viewed with the lights out and two rolls of kitchen paper and a length of wooden dowel to hand.

Meanwhile, courtesy of Chris Wooding, comes this: www.rereviewed.com/thedeepnorth. Check out the last paragraph of the August 11th entry. Spooky or what?