Blimey, has it really been nearly five months since I posted a news update? Slack indeed, and I apologise. I can only say, in mitigation, that I’ve been kept very busy with our small-but-rapidly-enlarging baby, and that any largish bits of news I’ve had to impart have all had to do with the Pseudonymous YA Project I’m Not Allowed To Talk About. Which is a bit frustrating, but there you go.

I have, though, completed various small bits and pieces of writing which will see publication in the coming months. To start with, I’ve two short stories appearing in anthologies this year. One is ‘The Bowdler Strain’, which is in The Solaris Book of New Science Fiction, edited by the estimable George Mann and due for publication at the end of this very month. (By the way, why is it that estimable and inestimable both mean the same thing? It’s true of flammable and inflammable too. What’s up with that? Why aren’t they opposites? Come on, English grammar, sort yourself out!) This collection looks to be a goodie. All the big names are in it, as well as me.

The other tale is ‘At One’, my weird story-told-in-monosyllables experiment, which has found a slot in The British Invasion, an anthology edited by that masterful dark fantasy writer Tim Lebbon. I’m not sure of the publication date, but I know that it’s being put out by (in)estimable US horror imprint Cemetery Dance sometime this year and that it contains some of the very best of UK horror writing. 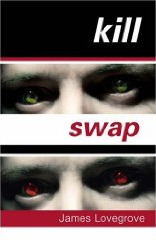 I’ve also a couple of new Barrington Stoke books appearing in ’07, one imminent, one not so imminent. (Does that mean the latter one is minent? I’m really confusing myself now). The first is Kill Swap, an urban murder yarn, written for teens. The other is The Dead Brigade, which is intended for BS’s new line of books for adult reluctant readers. It’s about zombies in the military. I’ve been dying — no pun intended — to write a zombie tale for ages. I’m very pleased that I’ve managed it, and I’m very proud of the result. That’s likely to be out in August, same month as the second volume of Pseudonymous YA Project I’m Still Not Allowed To Talk About.

Finally, I’ve contributed a books essay to the Financial Times‘s Saturday magazine supplement, which is scheduled to appear on February 10th. Essentially it’s a review of four recent or just-about-to-be-published SF novels, discussing the themes they have in common and how they relate to the current state of the genre. I’d recommend checking the article out, if only because I’d recommend checking out the four books it deals with.

On the pending projects front, Adam Roberts (a.k.a. “The Prof”) and I have pitched an idea for a nonfiction work to Orion Books. They’re making all the right noises about it, and we’re awaiting the final, definite go-ahead, which should come any day now. I’ll gabble on about it a bit more once it’s confirmed as a goer.

And last but not least, I must congratulate the above-mentioned The Prof, and also Roger Levy. The latest masterworks from each of them have made it onto the short-lists of, respectively, the Clarke Award and the BSFA Award for Best Novel. Well done, chaps! And well done to Gollancz, too, for being the imprint that dominates both short-lists. That’s not sucking up. Or is it? No, it can’t be. You can’t suck up to the people who already publish you. Can you?

P.S. This is the cover of the Bulgarian edition of Worldstorm, just out from Bard Publishing.

Either that or it’s some random book using the same image as the Gollancz edition. But I’m pretty sure it’s Worldstorm.