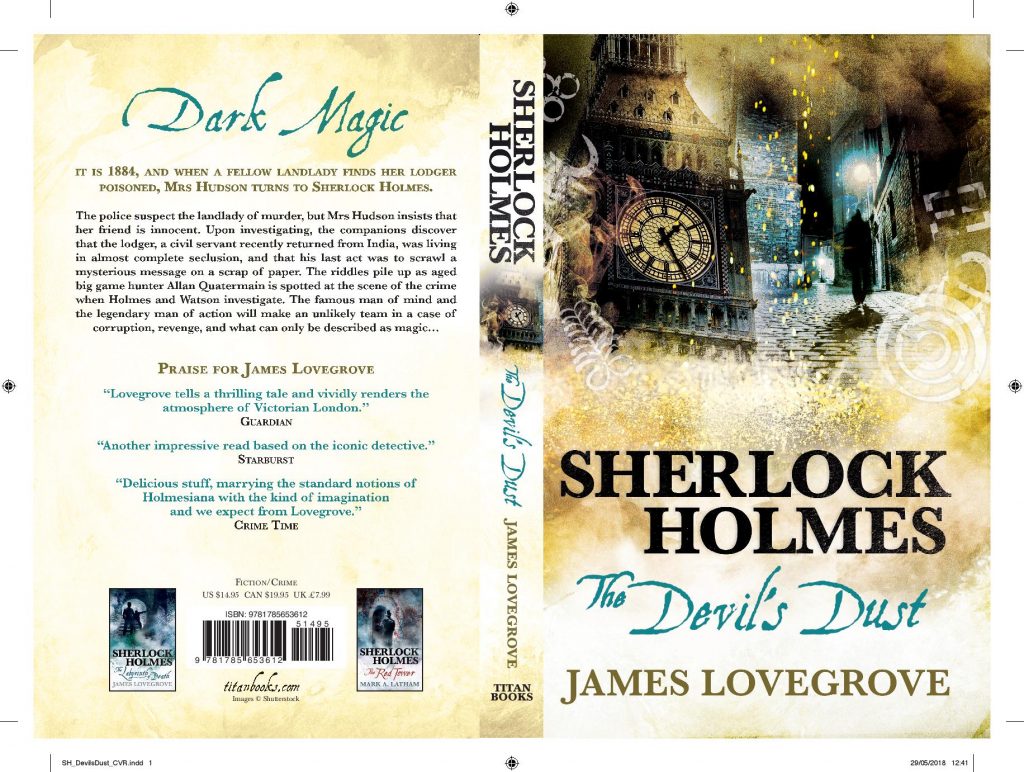 For anyone curious to know what it’s like to write a novel co-starring Sherlock Holmes and Allan Quatermain, look no further.

Many thanks to the inestimable Barry Forshaw for commissioning this piece.

Here’s me talking about Sherlock Holmes to TRT, Turkey’s English-language news network. My pearls of wisdom begin at around the 3-and-a-half minute mark.

The interview, conducted via Skype, was fun to do. The hard part was setting up my iPad at the right angle. Took about five minutes, with much raising, lowering and angling of the music stand it was perched on.

The eagle-eyed among you will spot that the bookshelf behind me contains a single copy of everything I have ever written. There’s also a Sherlock Holmes picture, the image made up of titles of and quotations from Holmes tales, and a huge framed, blown-up version of the original cover of Days. Comics fans will recognised the Hulk on the calendar on the wall and, on top of the bookcase, action figures of Hellboy and an assortment of Marvel horror characters from the 1970s, still in the box.